Every person who lives on the planet is dealing with COVID-19 in some way, and is trying to figure out how to move forward. It has been termed on TV as finding the “new normal.” While things have indeed changed, their is also a foundation in which we stand upon.
Through out our history Americans were forced to face moments in time. From the reconstruction after the Civil War, to the bombing of Pearl Harbor, or watching the towers fall on 9/11. Each time we were able to move forward because we put service before self. It is this foundation of service to one another that will continue to guide us. How ever you chose to serve we thank you. But USDVA wants to particularly remember this Memorial Day, all the men and women who put on the uniform and fought and died for our freedom, their sacrifice will not be forgotten, and their example will guide us through any challenges to come. 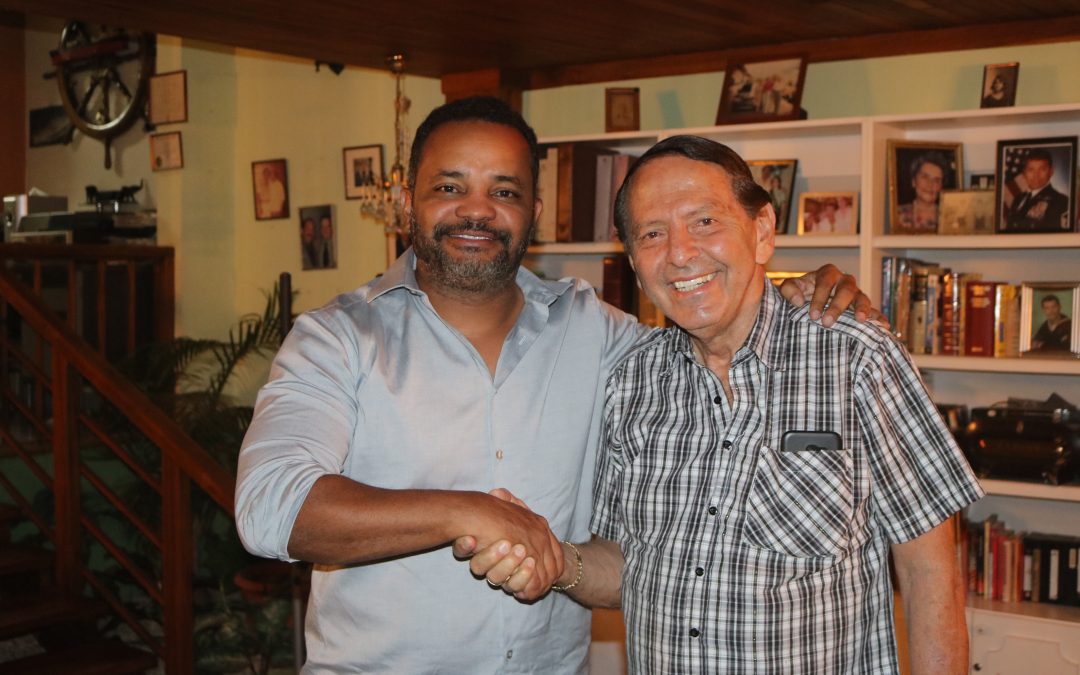 Richard Molina, was a Captain in the United States Navy. Who served his country honorably during the Vietnam War.  Do to his service in combat, he was exposed to “agent orange.” This exposer left Captain Molina with many aliments in his later years. On January 13, 2020, Captain Molina was once again reminded of his times in battle as he had to under go surgery to repair a nasal blockage that risked his life. Captain Molina was told months prior that the operation would take more than a year because he had to be placed on a waiting list.  Complications started getting worse, and the Captain Molina was running out of time.  However, thanks to USDVA and Dr. Oriel McLea, a year on the waiting list became matter of months. Captain Molina was flow from Costa Rica to the VA Hospital in Orlando to undergo surgery to remove the blockage. While in surgery, doctors notices other complications, and he additionally received a cardiac pacemaker for his heart, which actually saved his live.

We are glad to report that Captain Molina is doing well.  However, many other veterans that USDVA serves need additional medical support.

Please consider donating to USDVA, so we can continue to help veterans like Captain Molina. 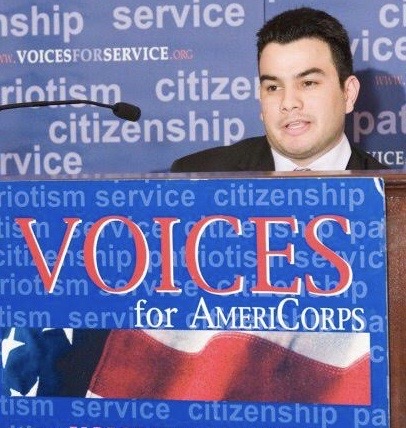 This coming February will mark 14 years since I was asked to go to Washington D.C. and speak to members of the U.S. Congress and Senate on servíce men and women returning from the Iraq war. At that time we were about 3 years in, but even then you could tell this war would be different. As I tried to convey the importance of transitioning veterans  back into civilian life appropriately and with care. I could not help but think about our Vietnam veterans who never got a handshake or a welcome home.

That is why 14 years later I am a founding board member for USDVA, I  want to continue to live the words and keep the promises I spoke of so long ago. No matter what time you served,or where you call home these words will always ring true, “ Our service men and women lay upon the mantle of freedom, their blood, tears and lives, so that others may be free.” I ask all of you to help us fight the good fight, and help us support those who gave so much. 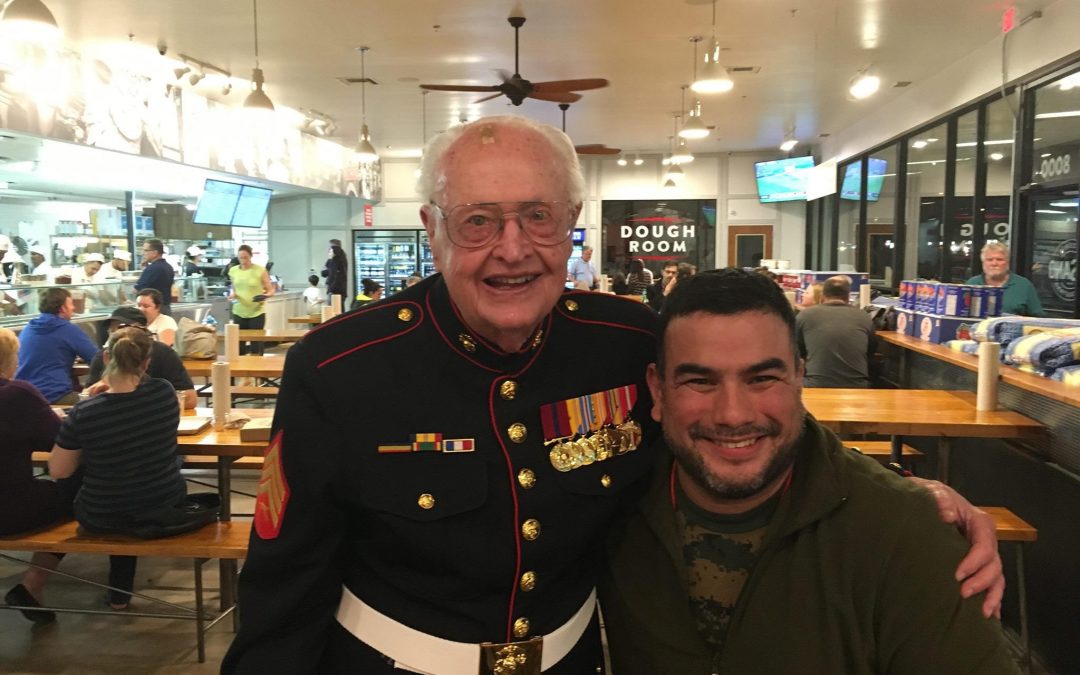 Seventy eight years ago, Pearl Harbor was attacked by the nation of Japan, over 2,400 Americans lost their lives. It thrust the United States into World War II. It made our young nation rise up into the fray to confront the evil that threatened to take over the world. 16 million Americans answered the call. They boarded ships to sail across the ocean to meet an uncertain fate but they knew the world needed them. Now as then USDVA rises to meet the needs of our veterans living abroad. We understand the legacy that our greatest generation has left for us. That is why we ask for your help in aiding our veterans. As we remember the lives we lost 78 years ago, Let’s not forget their brothers in arms that are in need today. 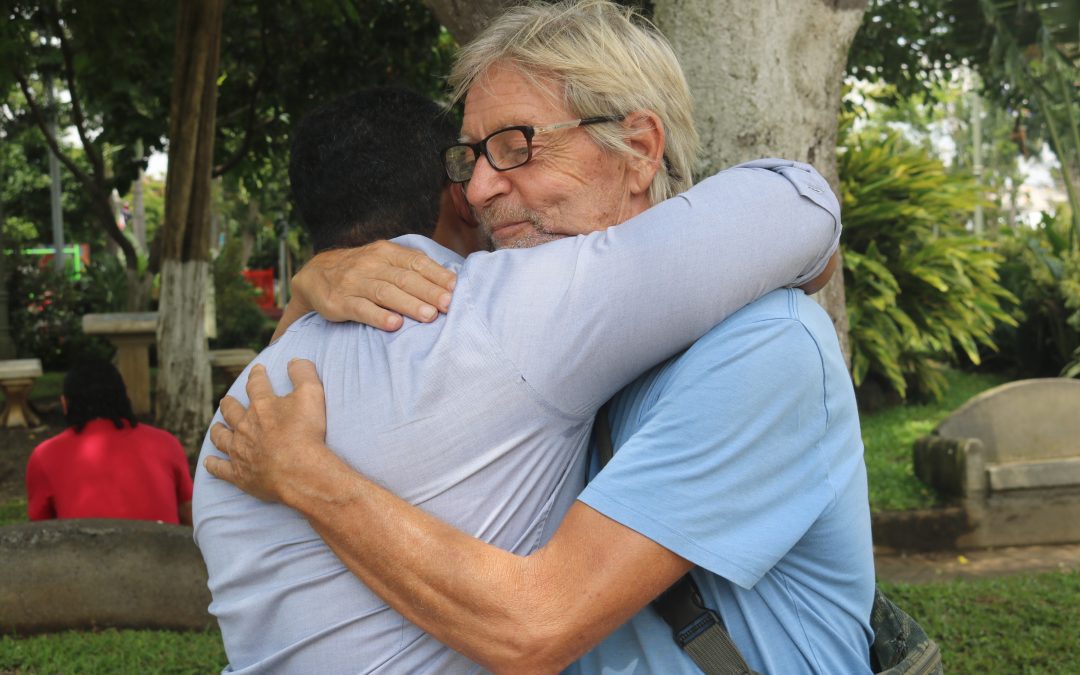 The USDVA teamed traveled to Costa Rica in September to meet some of the veterans in need, and to learn about their history, medical needs, and life abroad.

We arrived late in the day, then formulated a plan of action for the following days. We knew we had to go where the veterans were to get a true understanding of their lives. This meant we would have to travel across various terrains throughout Costa Rica.

In our first meeting, we went to a town called Grecia to meet an Army Vietnam Veteran from California named Michael. Now there is nothing that breaks the ice faster than college football rivalries, and despite the years passing that National Championship game between the University of Texas and USC quickly became the topic of conversation.

With a good discussion of the game out of the Michael began to describe his life in Costa Rica, why he came down and how the general outlook on life in Costa Rica is just beneficial for him along with many other veterans. But he spoke about hardships as well. He recently had undergone major heart surgery which had been difficult for him for a time. Then he spoke of access to affordable medications, He said for many veterans this often requires an bus ride to Nicaragua. That trip would be daunting for anyone, but especially for someone in their 70’s

We got to meet many other veterans with their own unique stories which we highlight throughout the coming year, so us in this journey, and please consider supporting USDVA in our ongoing mission to help veterans abroad. There has been a mass migration of retiring U.S. Veterans moving abroad, because of the rising cost of housing and medical care. Many retiring veterans have to make life adjustments once they become dependent on their retirement or some other type of adjusted income. Too often the sole solution is for U.S. Veterans to move abroad for access to cheaper medications and affordable housing.

Is a Department of Veteran Affairs ‘ (VA) health care benefits program for Veterans with VA rated service-connected conditions that are residing or traveling abroad, under FMP VA assumes payment, responsibility for certain necessary health care services associated with the treatment of VA adjudicated service-connected condition and care for veterans participating in a rehabilitation program 38 U.S.C. 31

The need arises for veterans, many live abroad for the same reasons as veterans but are not covered under (FMP). That is why Veterans Beyond Borders, has been created, to help with service gaps in health coverage for all veterans living abroad, from much needed medical equipment to daily living health programs. In order to meet the needs of these vast group of we will need to partner with other veterans service groups to increase the probability in receiving federal so that funds can be raised to help the 31,000 disabled veterans living in Central and South America.